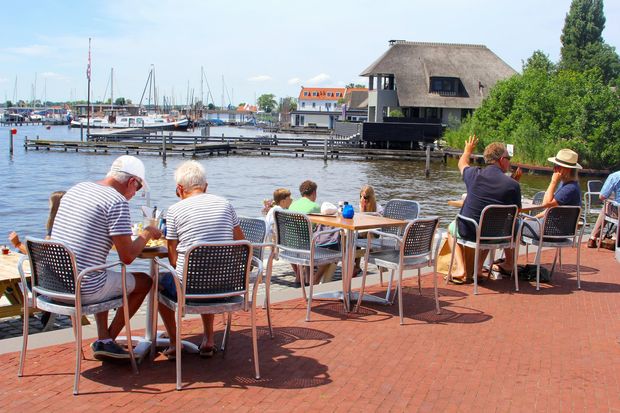 Americans used to retire with a monthly pension from their employer. All they had to do was cash the check every month, and a sizable chunk of their retirement income was guaranteed.

Nowadays, pensions are most common for government workers. Most people instead finance retirement from some combination of Social Security and tax-advantaged accounts like 401(k)s and Roth IRAs. The result is that when the market declines sharply, so do the finances of many seniors.

Yet seniors without pensions can still create steady income in retirement, and all it takes are three simple steps. If you follow them, most of your income will come in monthly checks, almost like a pension.

1. Wait as long as possible, optimally to age 70 when benefits max out, before claiming Social Security to get the most from your monthly check.

2. If you’ve maxed out Social Security and need more safe income, buy a simple, unadorned income annuity that will deliver a monthly check for the rest of your life.

3. Invest remaining money in your portfolio in a balanced mutual fund that contains both stocks and bonds. Each year after turning 72, you can spend the minimum distribution required by the government.

Becky Panko has taken similar steps to create a synthetic pension. And now, as the 70-year-old from Fords, N.J., starts drawing Social Security, she has built a regular stream of income of more than $6,500 a month, a little less than half coming from Social Security and the rest from two lifetime income annuities that she funded with a combination of savings and a buyout package from Verizon, her longtime employer.

She will be receiving more money in retirement than she received before she retired last year as the office manager for a law firm. And she has a $275,000 individual retirement account to draw on if she needs more money.

“I’m an eternal optimist,” she says. “I think I’m going to live a long, healthy life, and I want to enjoy it. I’ll be able to do the things I want to do—travel and visit friends.”

The approach of building a synthetic pension makes sense, says Wade Pfau, a professor of retirement income at the American College of Financial Services: “You build a floor of your income, and you spend a percentage of what is left.”

Suppose you and your spouse retire at age 70 with a combined $50,000 a year in Social Security income and $1 million in savings. Here’s how the math would work:

You take $500,000, or half your investment portfolio, and buy an annuity with joint survivorship rights for you and your spouse. Right now, such an annuity for a 70-year-old couple would kick off around $27,000 a year. Between that and your Social Security check, you’d have $77,000 in stable income.

Your actual income would be substantially higher. You would still have $500,000 remaining in your investment portfolio after buying the annuity. You don’t have to take required minimum distributions from your tax-deferred accounts until age 72, but if you need the money earlier, the government publishes RMDs for younger ages. Under the government’s coming RMD table, a 70-year-old would take out 3.44%. That amounts to $17,200 from a $500,000 portfolio. As long as you take out the RMD every year, your draws may decline in a down market but you’ll never run out of money as long as you live.

How would such a synthetic pension perform over long periods of time?

Social Security rises with inflation but the annuity doesn’t, so your inflation-adjusted income will slowly deteriorate over time. This is OK, according to David Blanchett, Morningstar’s head of retirement research, because spending drops for most people in their 80s and 90s. They travel less, go out to dinner less, buy new vehicles less often. Most private pensions weren’t inflation-adjusted either, so your parents weren’t any better off in this regard. And because you have maximized your Social Security payment, the biggest chunk of your income is protected from rising prices.

In an average stock market, you’d still have about 80% of the spending power at age 100 that you had at 65, Blanchett calculates based on a Monte Carlo computer simulation he ran that investigated 5,000 different outcomes. In a great market, you’d have more than 110% of spending power; and in a rotten market, you’d have about 65%. So even in that rotten market, the worst 5% of outcomes, you’d probably still be OK because 100-year-olds tend to spend a lot less money.

Blanchett calls the synthetic pension approach “probably the best strategy for the average American.” He adds, “You can’t beat the payout in Social Security.”

Indeed, maximizing Social Security is key to creating the best possible synthetic pension. Social Security rises by 8% for each year you delay taking it past your full retirement age. And yet for years, half or more of Americans would begin taking Social Security at the minimum age of 62 and accept a much smaller monthly check.

The synthetic pension requires you to buy annuities to cover other essential expenses after maximizing Social Security. To keep things simple, any remaining money in your deferred-savings account would be placed in a 60% stocks/40% bonds mutual fund like the Vanguard Balanced Fund. Such a fund will capture most of the market upside, yet still fall substantially less in a crash because bond prices typically rise when stocks prices tumble.

“I think I’m going to live a long, healthy life, and I want to enjoy it. I’ll be able to do the things I want to do—travel and visit friends. ” — Retiree Becky Panko, 70, on the income stream she’s created for herself

Protecting yourself from market volatility is particularly important for retirees. Tim Benning, then a medical doctor in Maryland, learned this lesson in 2008 when a colleague retired after putting his entire investment portfolio in an index fund tracking the stock market. After the market crashed, the colleague was forced to go back to work because he couldn’t afford to live off his devastated investment account.

“When I witnessed it, I said, ‘I can’t have the same thing happen to me,’” says Benning, now 61 and living in Haymarket, Va.

By the time Benning fully retired two years ago, he had built a portfolio of bonds and commercial real estate to provide income until he turns 70 and begins collecting Social Security. He is planning to sell the real estate and wind down his bond investments, and may put the proceeds in annuities to provide additional income.

He says the personal finance advice he was given while working doesn’t work in retirement.

“All you heard was that you should have 60/40 stock/bond portfolio and hold it forever. If it goes down, don’t worry, because it will come back up,” Benning says. “But that doesn’t work when you’re going into retirement and don’t have another income source.”

If you’ve created a synthetic pension, however, you will have another income source and you would be in a much better position to ride out market turmoil.